I use a G81 cycle with an incremental step to ruff diameters, G83 also works well if you have stringy material that  doesnt like to chip break, works on OD/ID.
Issue:  when using an incremental step for each pass, the cycle doesn’t  cut to depth, in the above code, the final z depth should be -.49, when it in fact only cuts .43 deep. It seems as though lcnc is adding the .030 R distance twice and subtracting it from the final z depth. to get a depth of .49, Z had to be programmed to -.55. Is this a bug? Did I miss something? Ive been programming Fanuc type controls since 1991, never ran into this one. Suggestions? Thanks 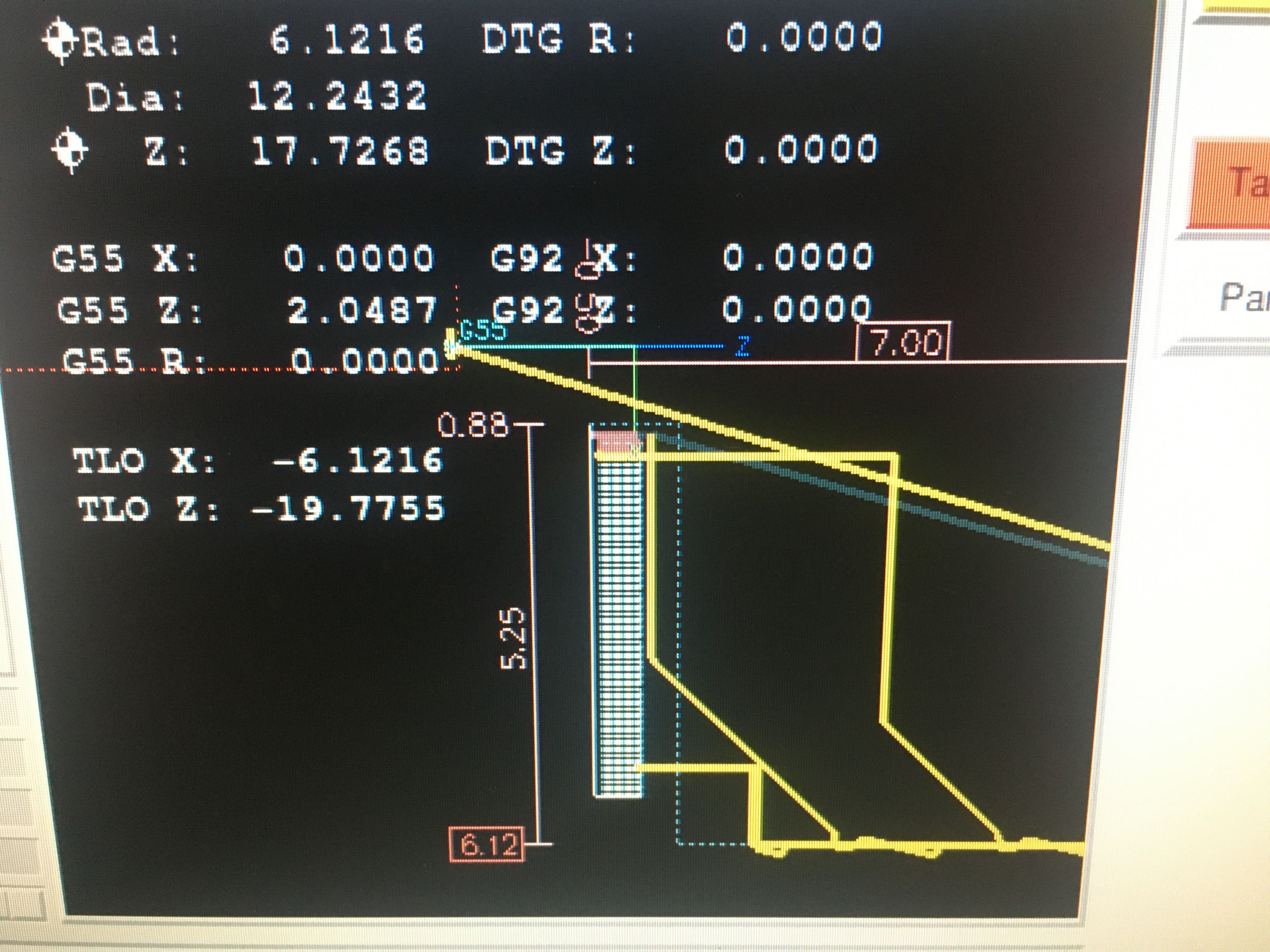 Less More
15 Oct 2021 22:52 #223252 by andypugh
Replied by andypugh on topic Possible canned cycle bug?
I have only ever used G81 / G83 for drilling holes and boring. It is just possible that I have never noticed this issue.

Just to check, if you jog up to the shoulder does it definitely show 0.43 rather than 0.49 on the DRO?

In absolute, the z depths function as expected.