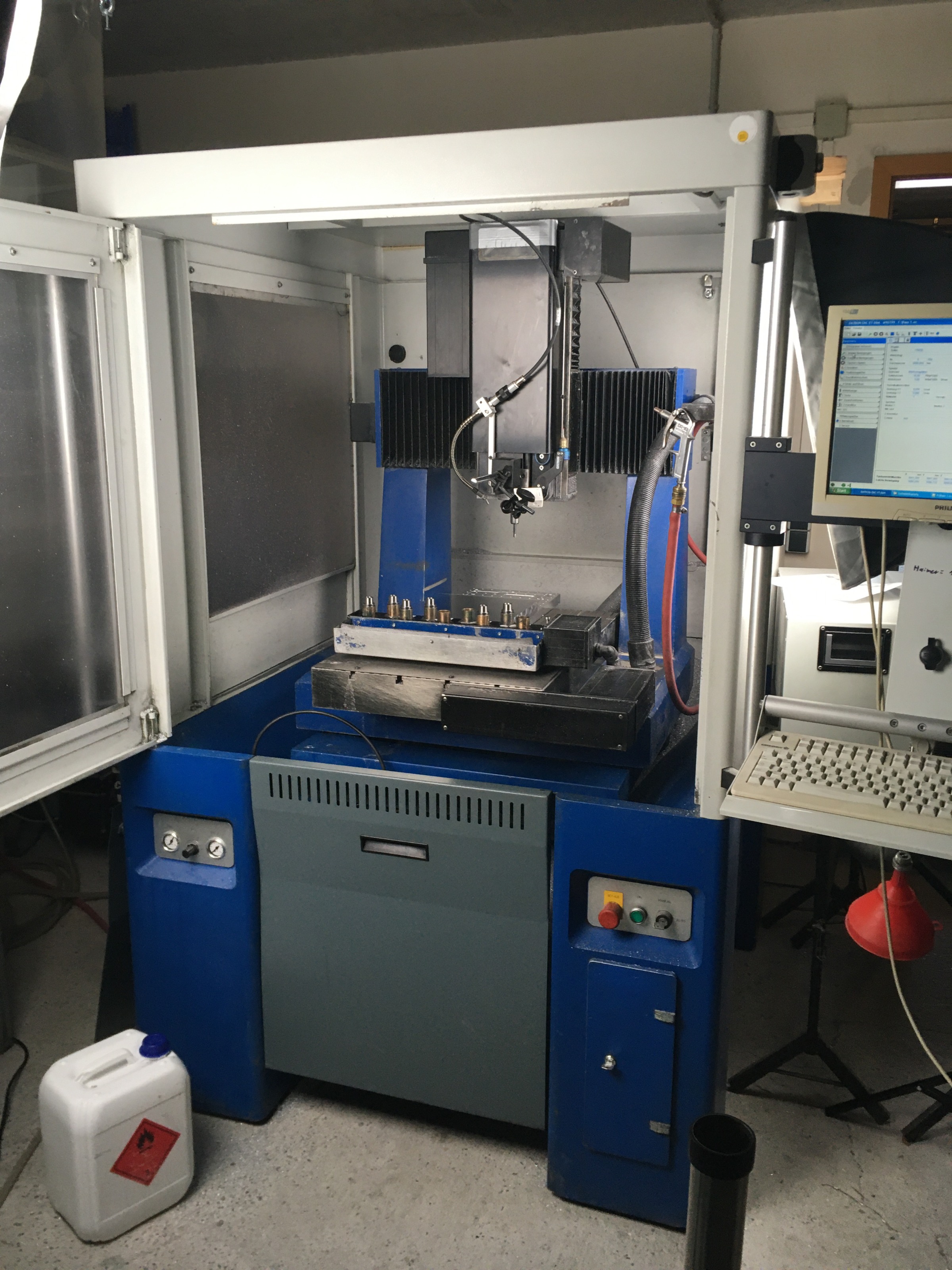 Intentions
I got the machine around a year ago and plan to use it as a production machine. It served me well over this year, and now I want to get it to the level of a Datron Neo in manner of speed, reliability and add some features. 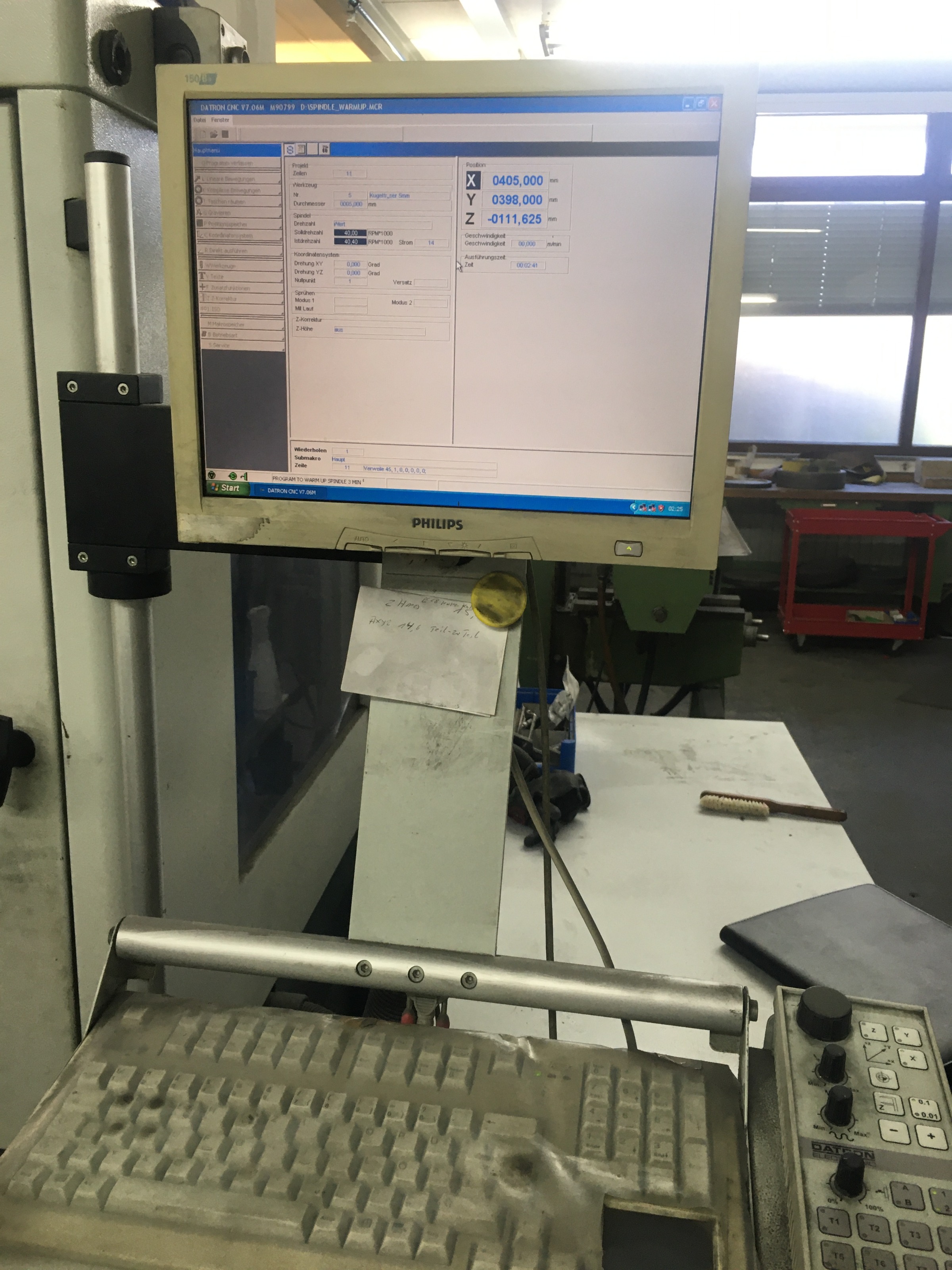 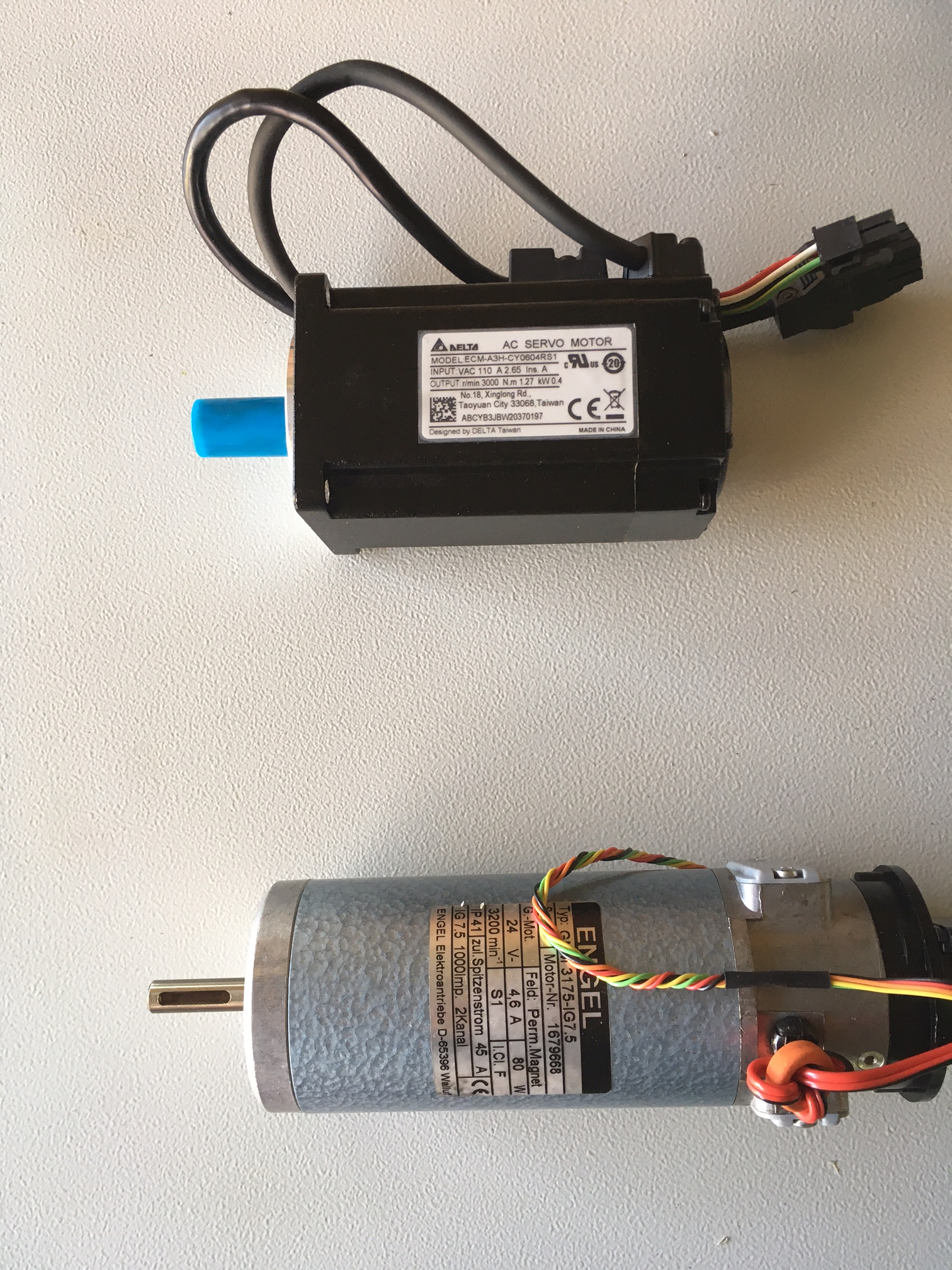 Lets start- Hardware Modifications
The first part was to swap out the existing 80W DC motors to 400W Delta drives. The motor fixture plates had to be modified and new tension plates were requried. The modifications were pretty straight forward and even the cases for the motors I was able to reuse.

To plan the conversion a diagram software was used, to get an idea about the functions of the previous controller. It helped a lot to get an idea of what was implemented by default already and which parts would be required to implement manually in the configuration and user interface. 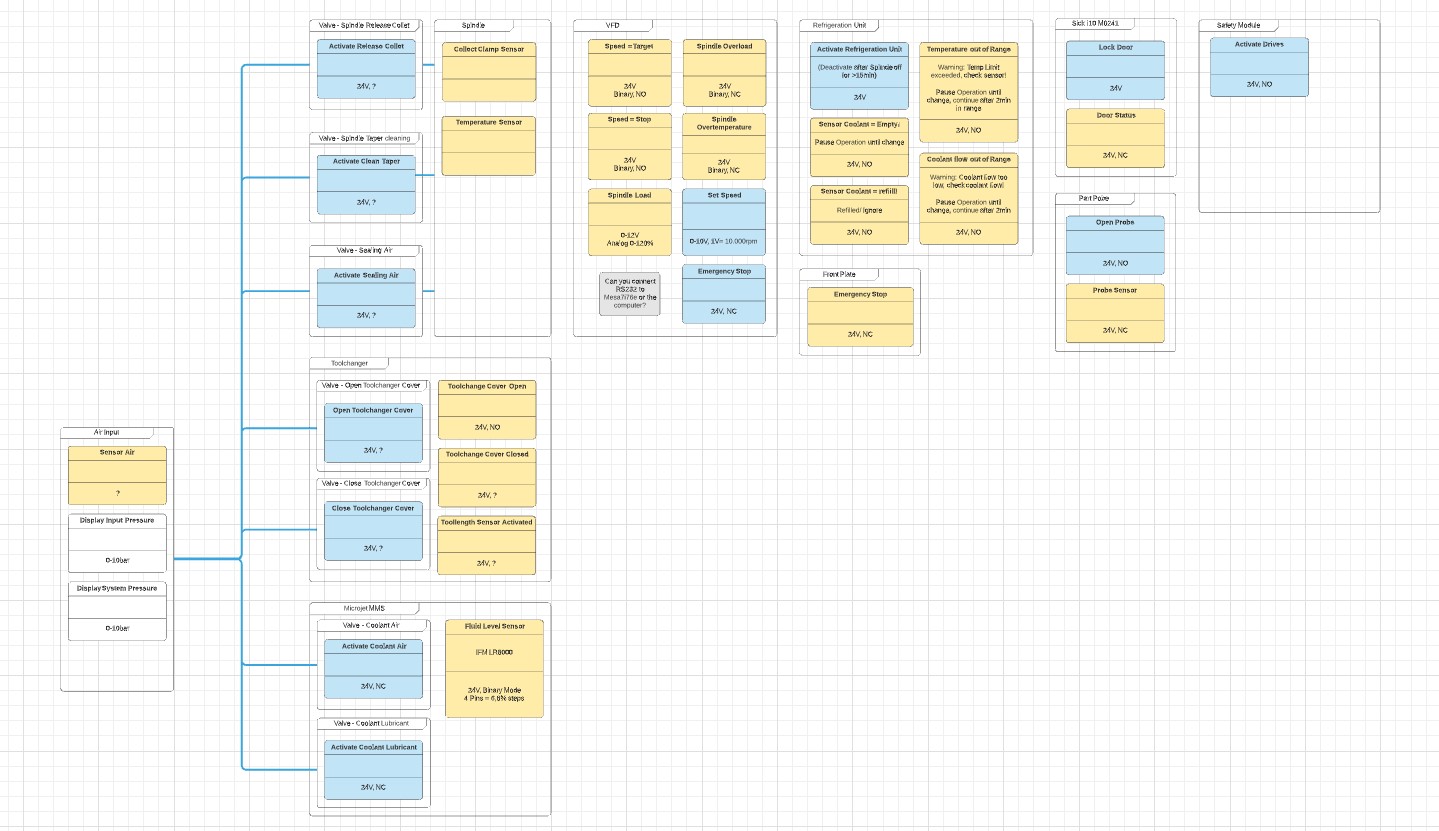 Electroncis
All the electronics were stripped and a easy to access switching cabinet was planned to be placed outside of the machine cabinet. Only the VFD will stay in place there. 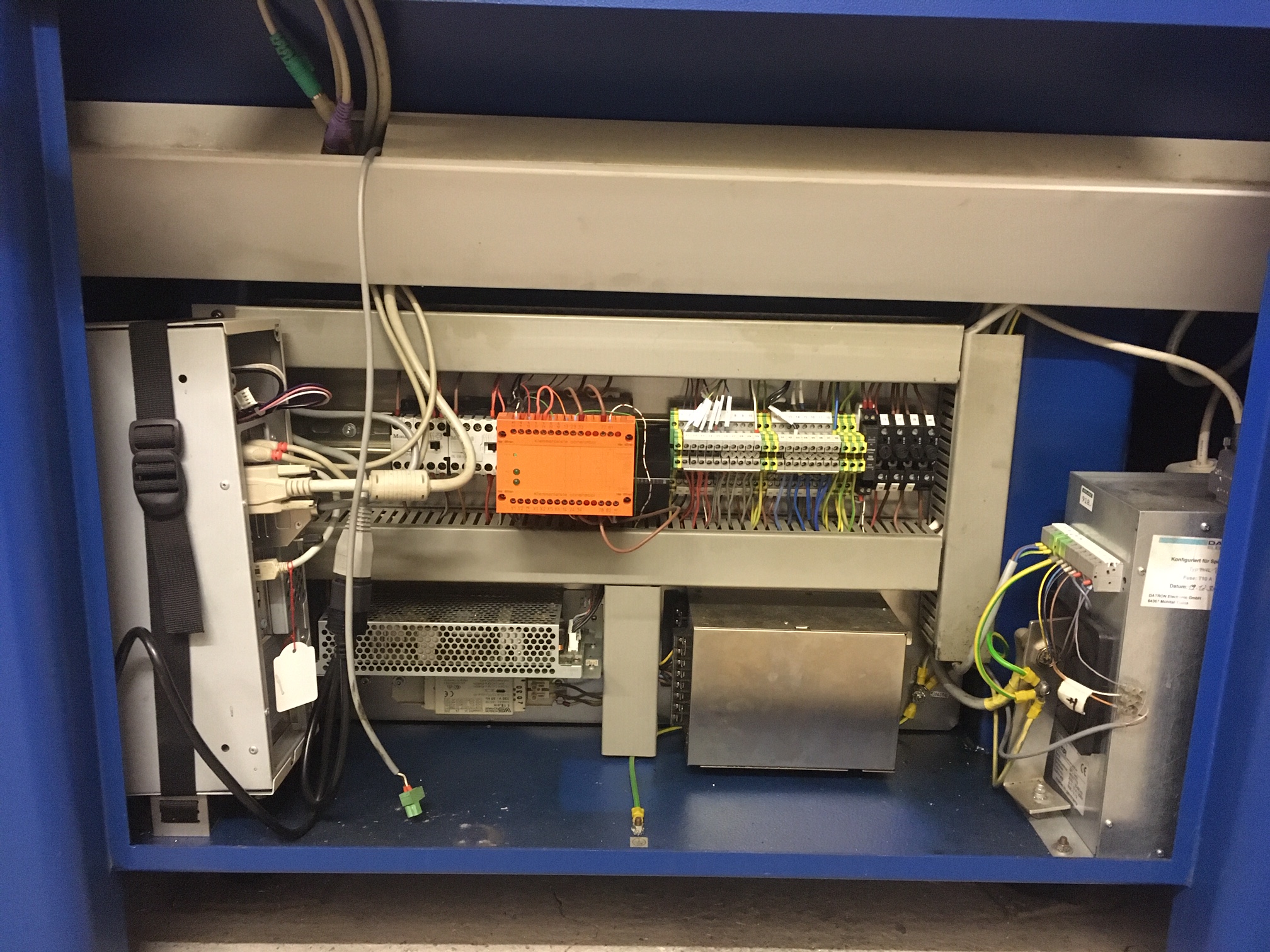 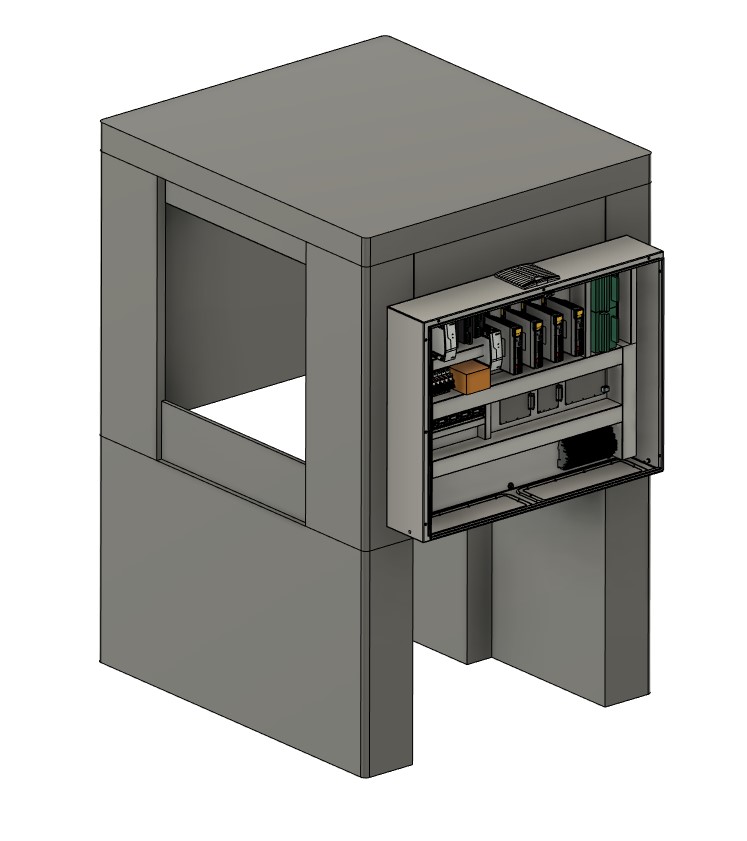 Next up is installing the drives and setting the parameters. Never done before for a CNC, may the auto tune be with me^^

For the interface I will start with probe basic. I plan to design a new UI due the grouping of the functions can be a bit improved and optimized.

Less More
27 Jun 2021 08:53 #213011 by Ritterchen
Replied by Ritterchen on topic Datron M9 to LCNC Conversion
The motor brackets are done and mounted - I just used the original ones and made new tension plates for them. 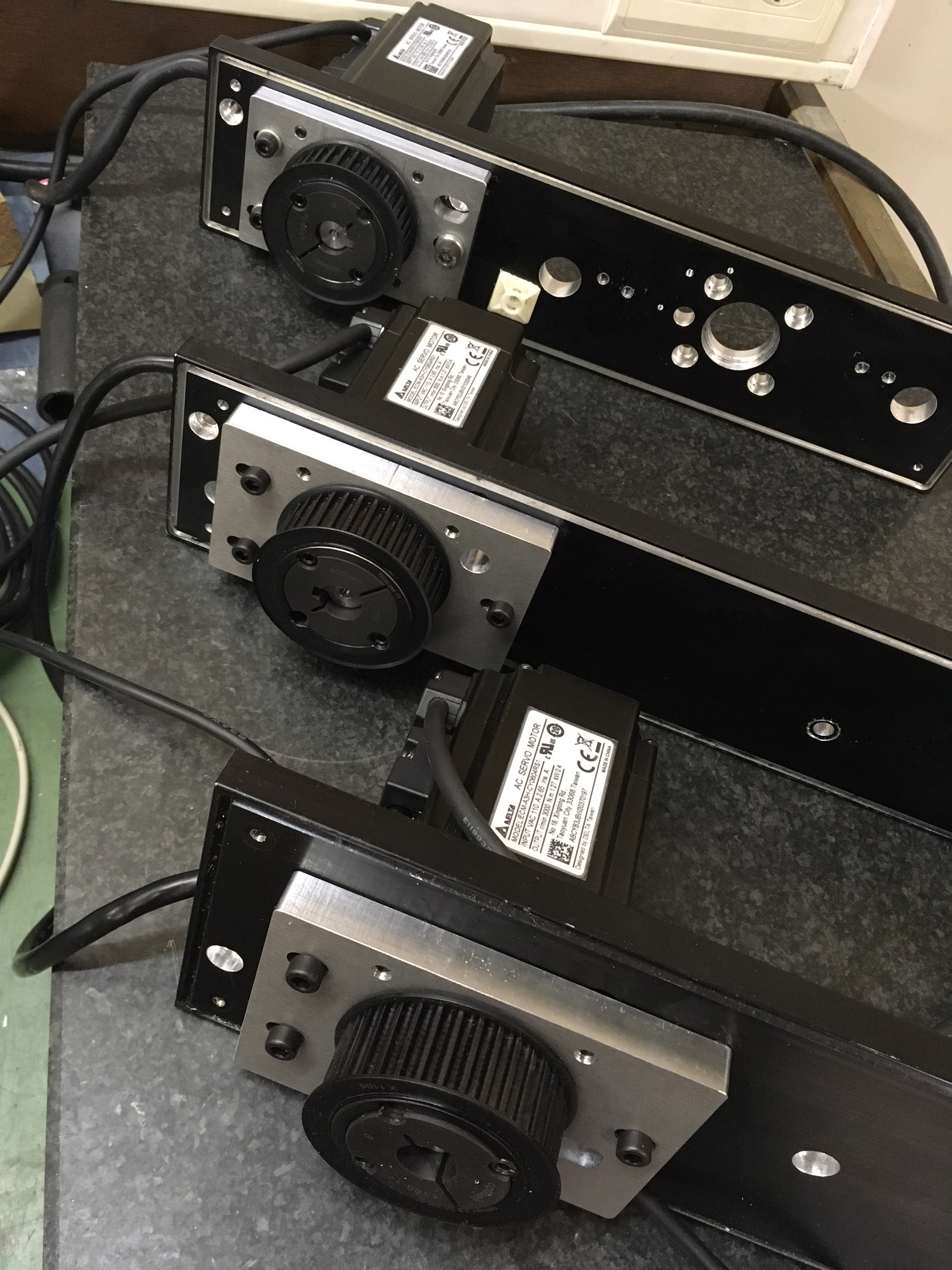 All the 400W Servo motors fitted perfectly into the existing motor housings. 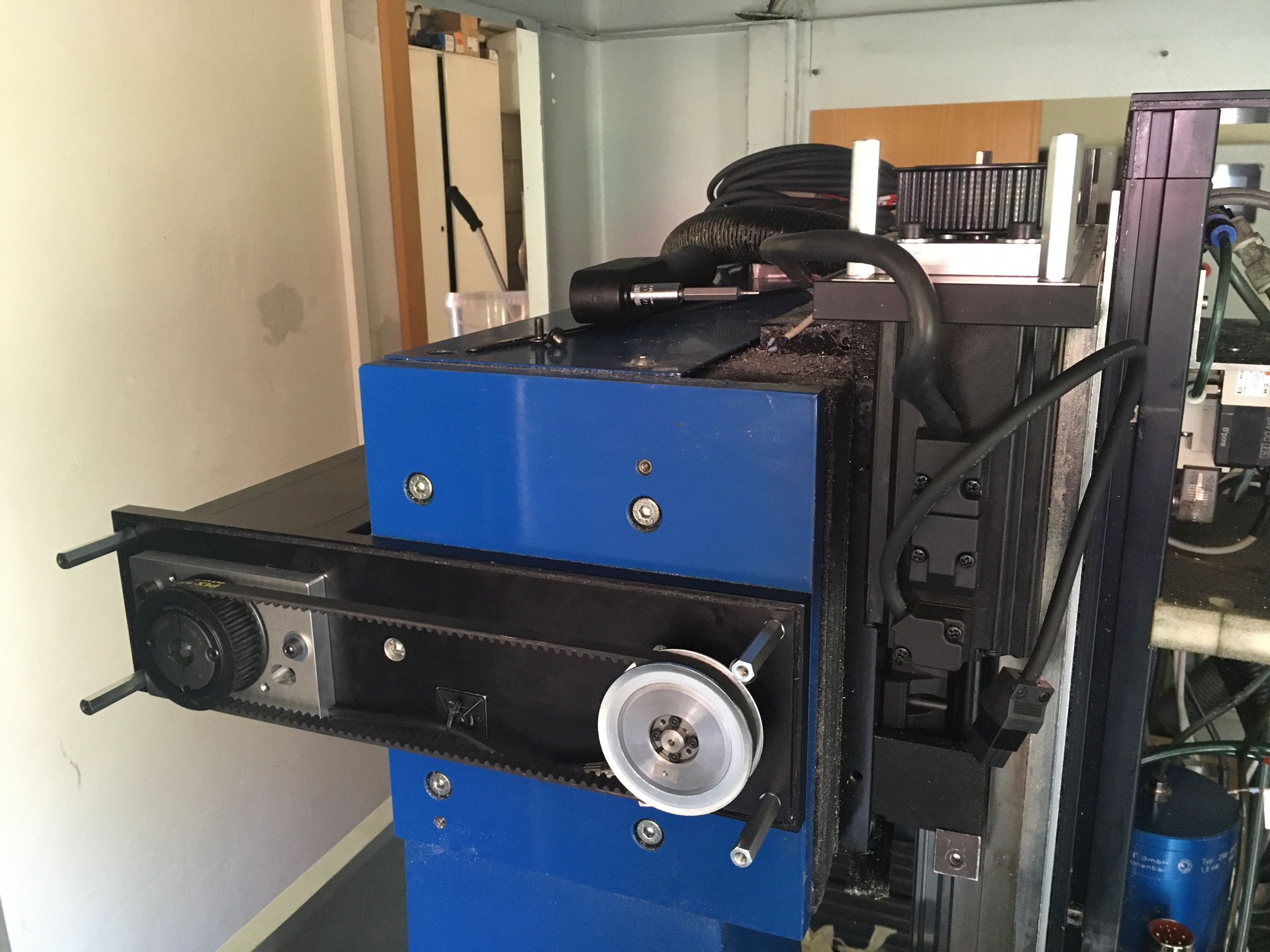 Let the fun of wiring it begin now, hopefully to finish within the next days to go into building the software for it. 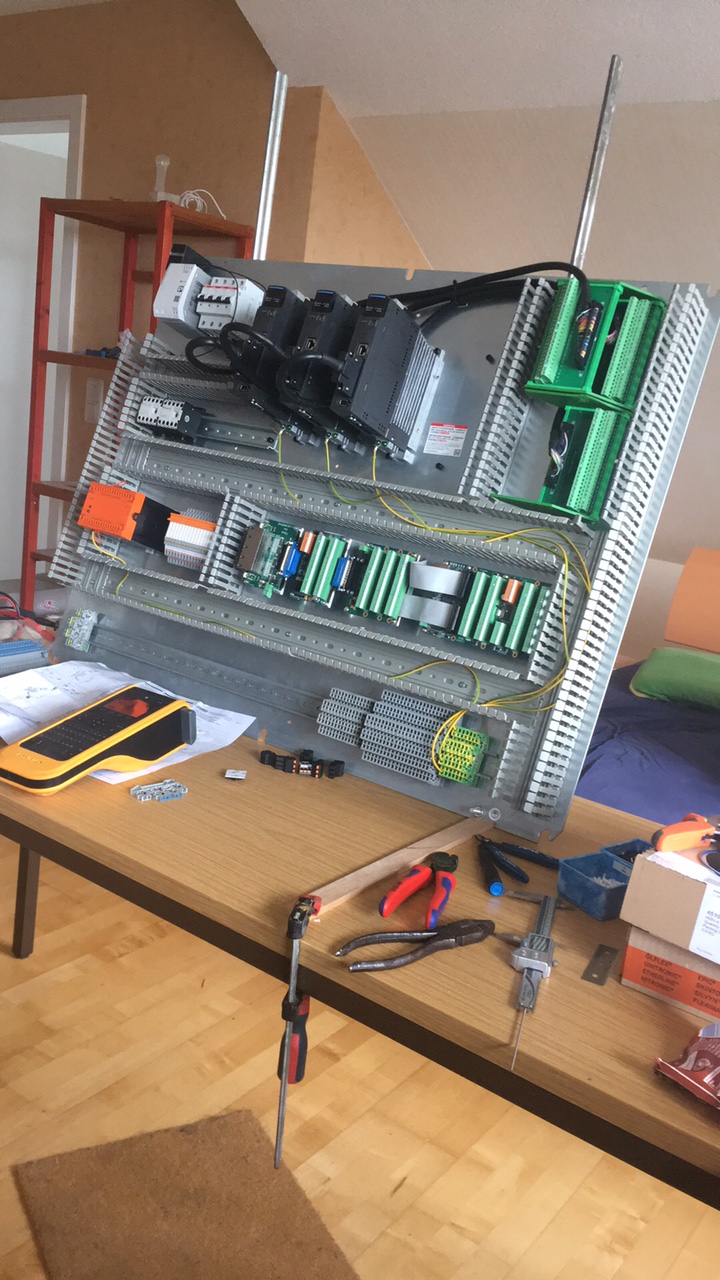 Excellent temporary wiring stand for your desktop, highly recommend it! 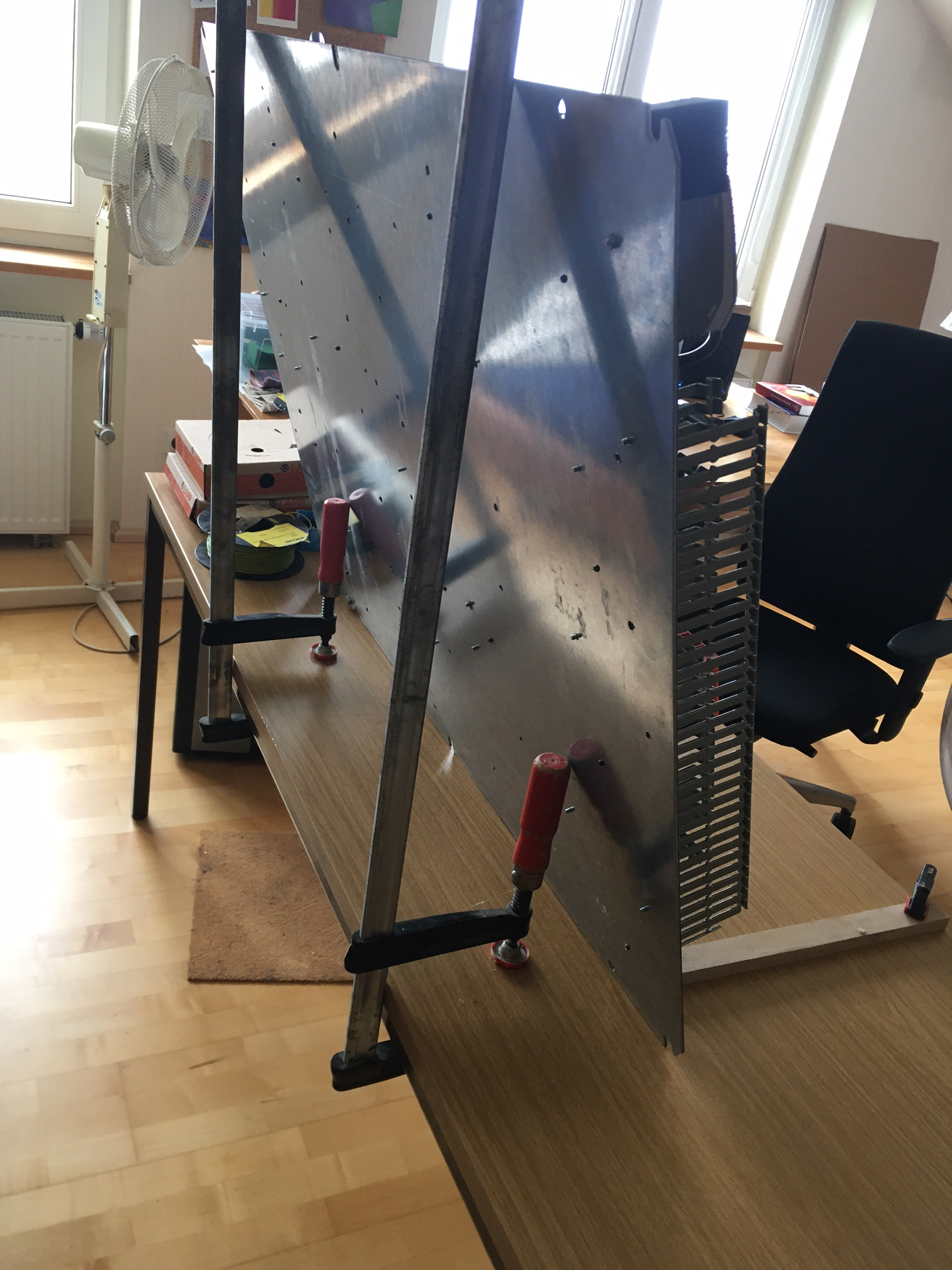 Have a good weekend!
Fritz