I thought I would post this for those interested in cutting artwork from sheet metal using PlasmaC.

So a week and a half ago a woman I work with figured out my big green plasma machine was capable of cutting pretty signs she could give to her family for Christmas. So I did one for her and then everyone wanted one.

Problems I had were,

I have not set up my ohmic sensor and some of the sheet I was cutting had some warp in it. When the torch came down to touch off it pushed the sheet down and when the float switch was activated - the torch moved up to piece then cut height but the sheet moved back upwards making cut height lower than the top of sheet. This cause the torch to drag and if not for PlasmaC it would of ruined the part.

Because of reverse run I was able to stop the machine, select the lead in with the torch turned off, run from line, and pause just after motion started. Then I was able to move the torch to the exact spot I needed it to restart the cut and pressed resume and it restarted and finished the cut.

The other issue I had was self made. On the smaller parts the lead in I set in sheetcam we not long enough. The kerf for my tool was 1.6mm and where I started there was a noticeable hole from where it pierced. I changed my lead ins in sheetcam and that solved that problem.

I found that Inkscape - Autocad and SheetCAM were a powerful combination. I found the image I wanted to use. Opened it in Inkscape - traced as bitmap - added text and exploded and saved as DXF. I then cleaned up the DXF in Autocad and then created the Gcode in SheetCAM. The last sign I did, I had the process down to about 10 mins from finding the image and having the gcode ready to cut. 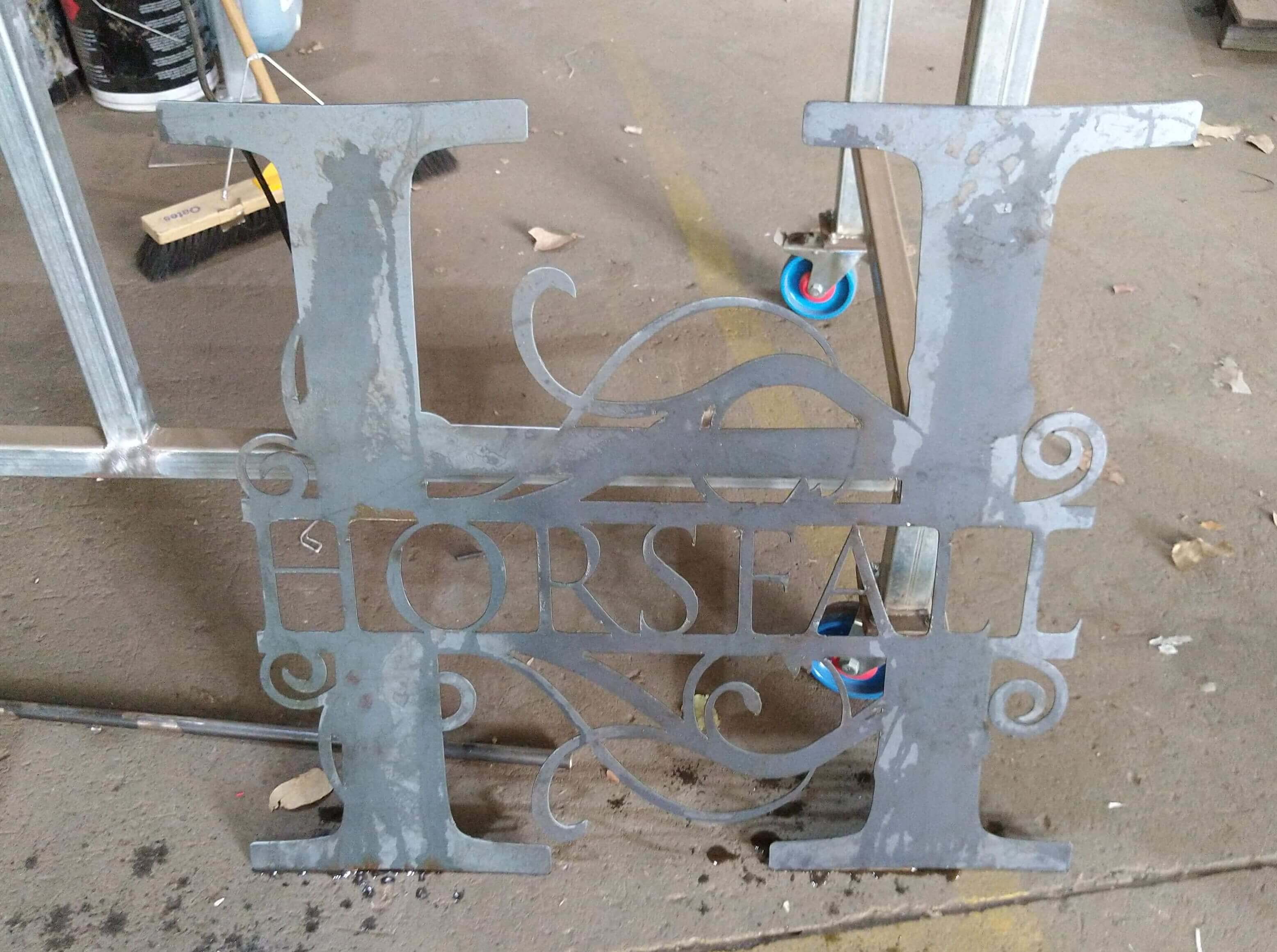 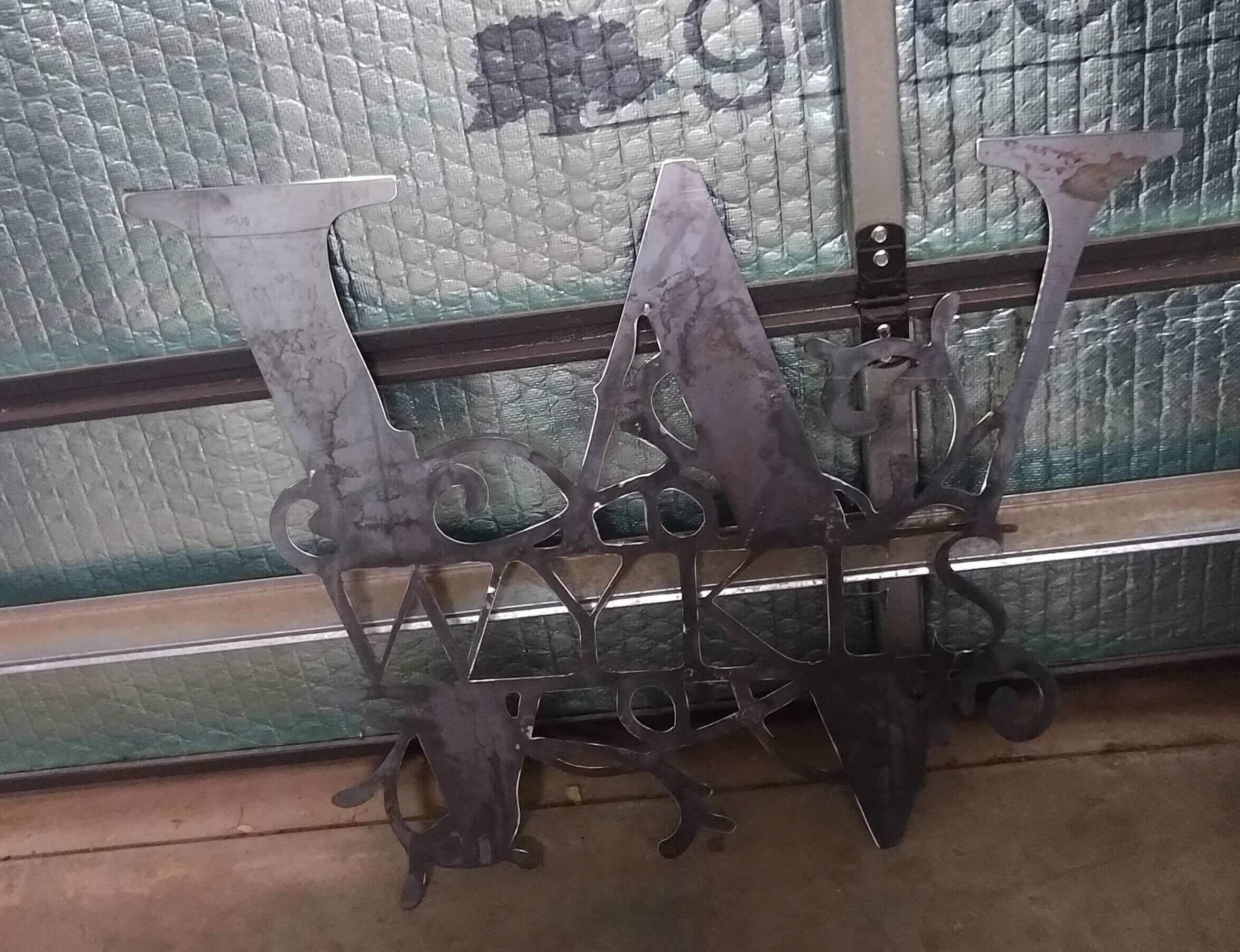 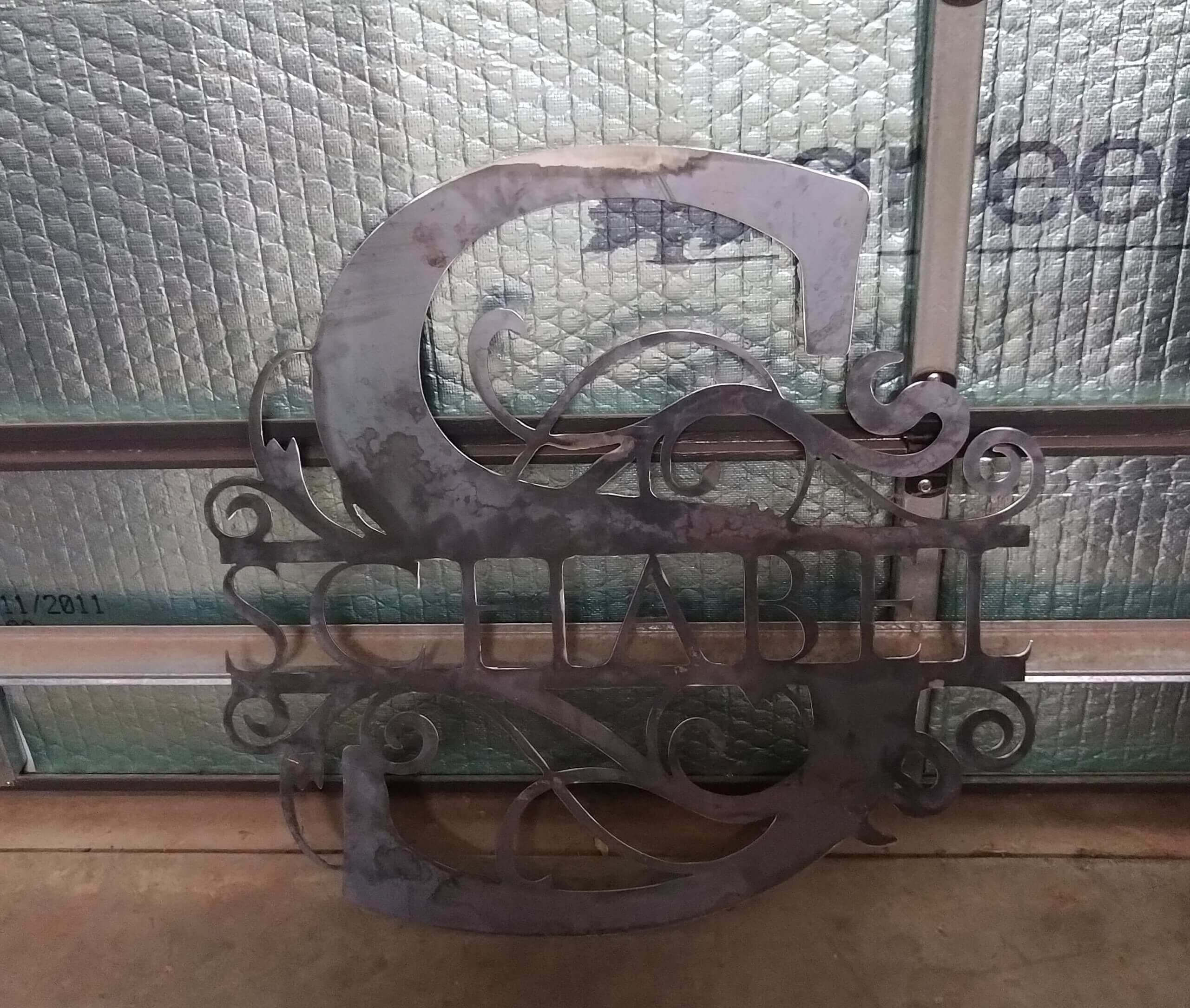 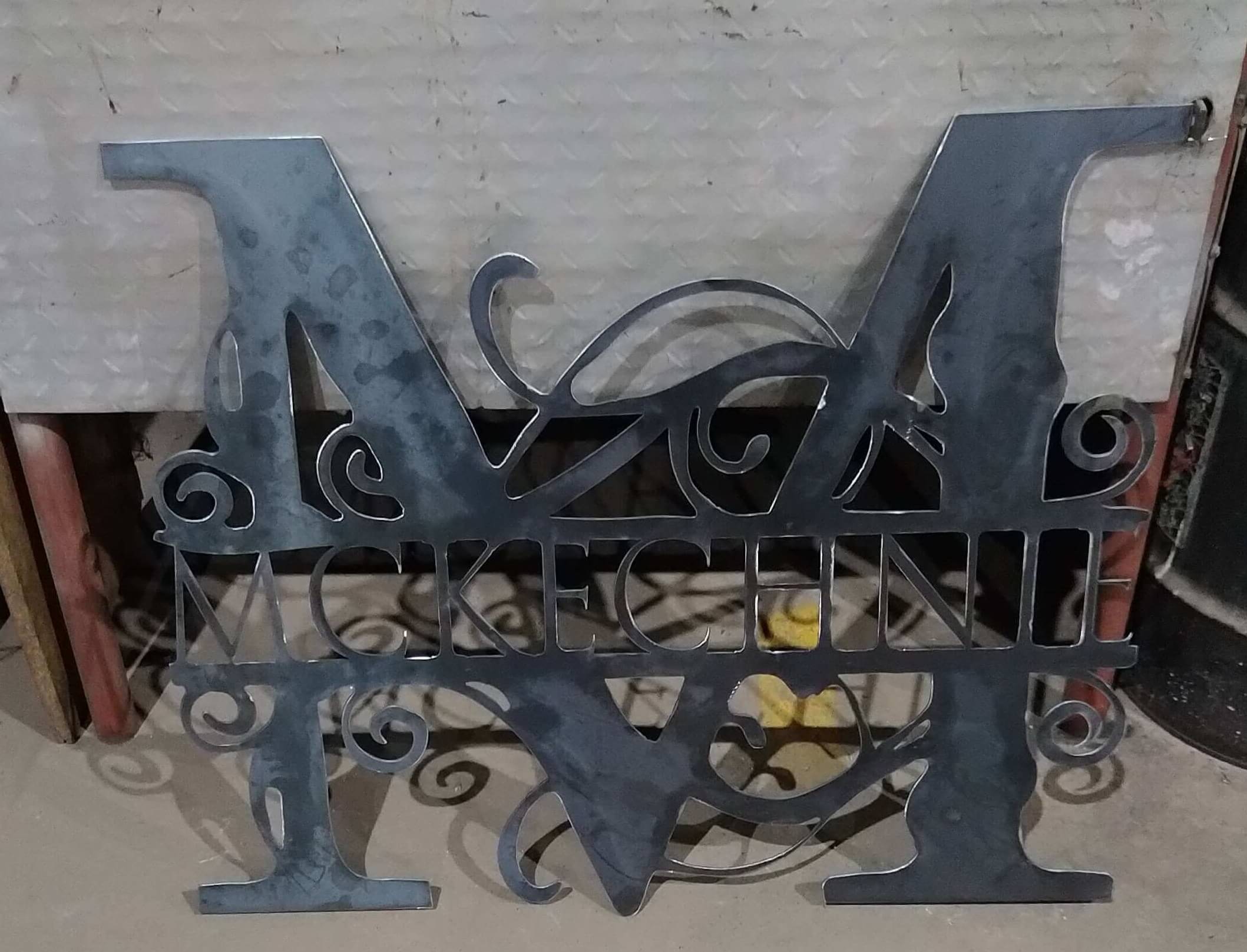 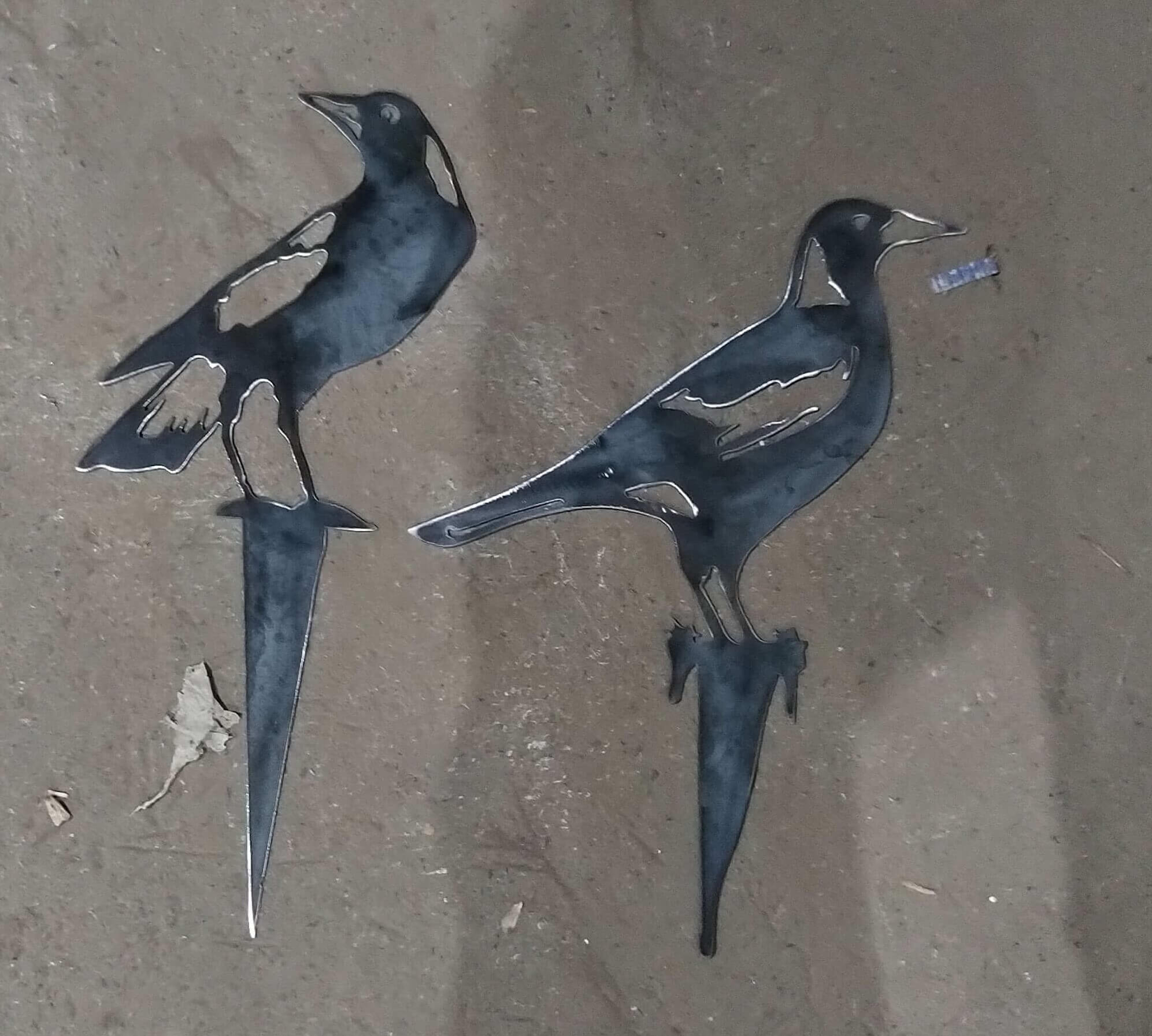 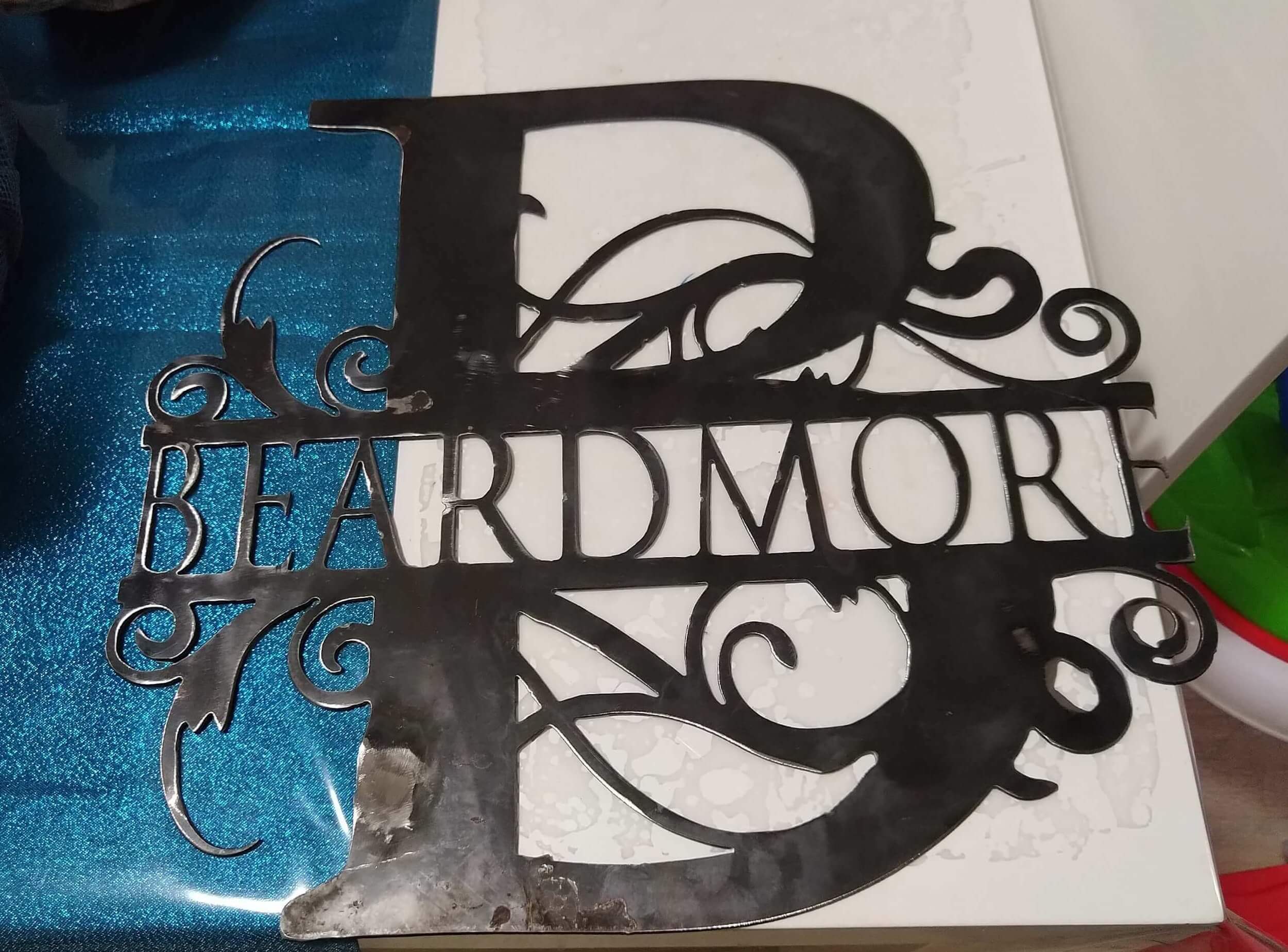 Less More
20 Dec 2019 20:51 #152971 by rodw
Replied by rodw on topic Cutting Sheet Artwork With PlasmaC
Thats actually rather nice Stefan! How thick is the material?
The following user(s) said Thank You: thefabricator03

Less More
21 Dec 2019 00:29 #152978 by rodw
Replied by rodw on topic Cutting Sheet Artwork With PlasmaC
Recut the magpies but just cut the outline (eg put the holes on another layer)
Powdercoat in the current piece in black and the new piece in white and rivet together so the white feathers show through.
The following user(s) said Thank You: thefabricator03