Less More
21 Oct 2015 21:16 - 21 Oct 2015 21:18 #64062 by Sterling
Church Display was created by Sterling
This was one problematic job!!
- I was asked to make a "Literary Dispenser" for church bulletins in March of 2014.
- I sketched out the design, refined it, and sent it in for approval.
- They liked it, but said I had to wait for the city to approve the plans (Minneapolis).
- November, I received word from the church that the city said "Okay".
- They asked to have it in before the snow flies and ground freezes...
- I tried, but snow and freezing can come early in Minnesota!
- So, I left it partially assembled over the winter.
- Spring of 2015 I realized I should have completed the job! My shop is my garage and I have a heater...but it isn't 'climate controlled'.
- So...with the help of a friend, I took the case apart, and rebuilt it.

- I used the CNC to make the lettering and leaf on the sign, I painted them by hand and put 6 coats of Spar Urethane on it. 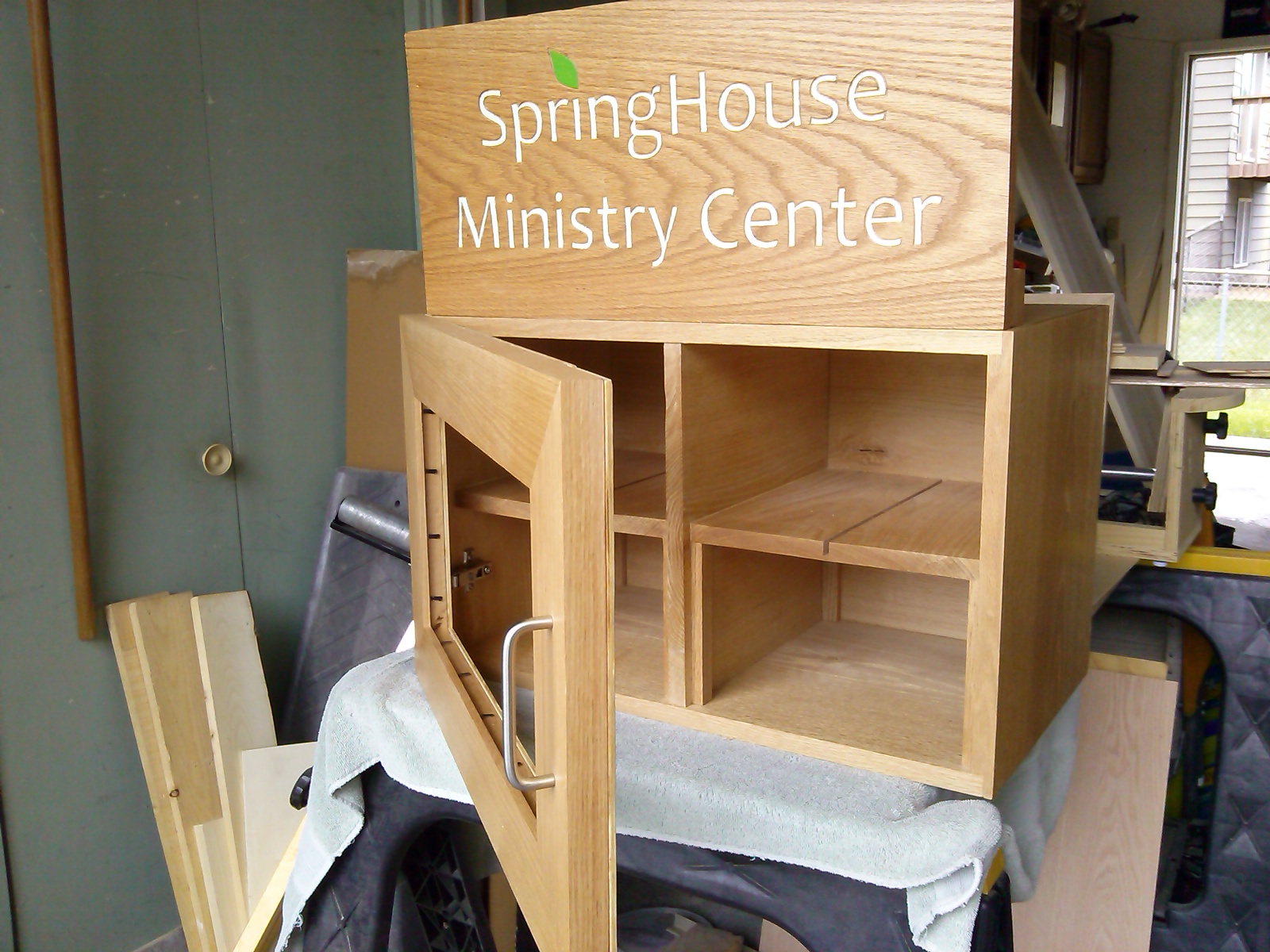 Then I built a frame of treated cedar, mounted on it and delivered the goods.
...it took a year to do and was quite the learning experience! 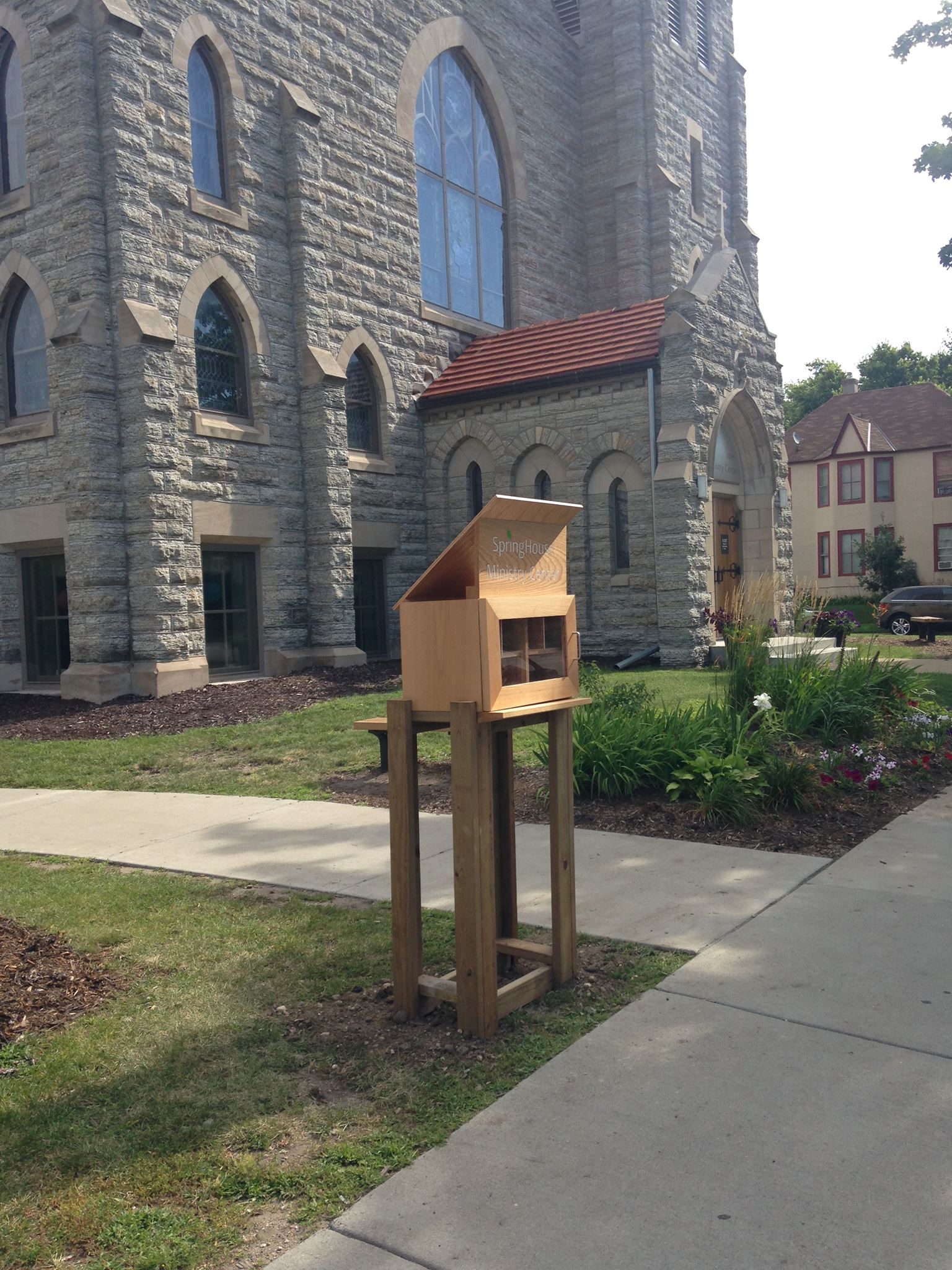 Less More
11 Apr 2016 12:55 #73097 by Fastest1
Replied by Fastest1 on topic Church Display
You needed the city's permission for a box on private property? I bet there was a form of filing fee too or unnecessary tax.

Sorry to get off topic. Good job.

Less More
11 Apr 2016 13:18 #73102 by Sterling
Replied by Sterling on topic Church Display
Yea...it's part of the zoning laws.
It's also part of the 'neighborhood acceptance' (I don't know if there is an official term for that) to ensure that nobody in the area complains about it. Plus, I reckon the city had to check for underground power lines, etc...

You can see how close they put it to the sidewalk, so I guess that had something to do with it as well...

Than for the compliment. I had never built anything like that before!