Less More
19 Feb 2022 02:39 #235305 by dbotos
custom celing outlet plate was created by dbotos
The room where my CNC table is had a couple lamp bases on the ceiling for screw-in light bulbs.  I had plug-in fluorescent shop light fixtures that were plugged into those via a socket-to-outlet adapter and a 2-prong-to-3-prong adapter (with the ground wire brought out of the ceiling box and attached to the ground tab of the latter adapter).  The other week, one of the socket-to-outlet adapters started being flaky and I decided it was high time I actually put an outlet in the ceiling for the fixtures to plug into.

They make commercially-available round outlet plates for round ceiling boxes, like this one , but those have two problems:

1) They're only 4 inches in diameter.  I wanted something at least 4 and 9/16 to match the diameter of the lamp base that it was replacing.

2) The keyhole and slot mounting provisions and the stampings make it kind of ugly.

Having gotten my laser running again under 2.8.2 and having lots of scrap material around, I figured I might as well make my own.  Unfortunately, my laser isn't powerful enough to cut through 1/16" steel and I don't have my plasma running yet, so I did the marking with the laser and then cut and drilled with conventional tools.  It got two coats of white paint (the second one sponged on with a scrap chunk of open-cell foam for a little bit of texture) and I just installed it this evening.  Each of the two cords is strain-relieved to the ceiling with a P-clamp to avoid them pulling on the outlet (and to help keep them up higher). 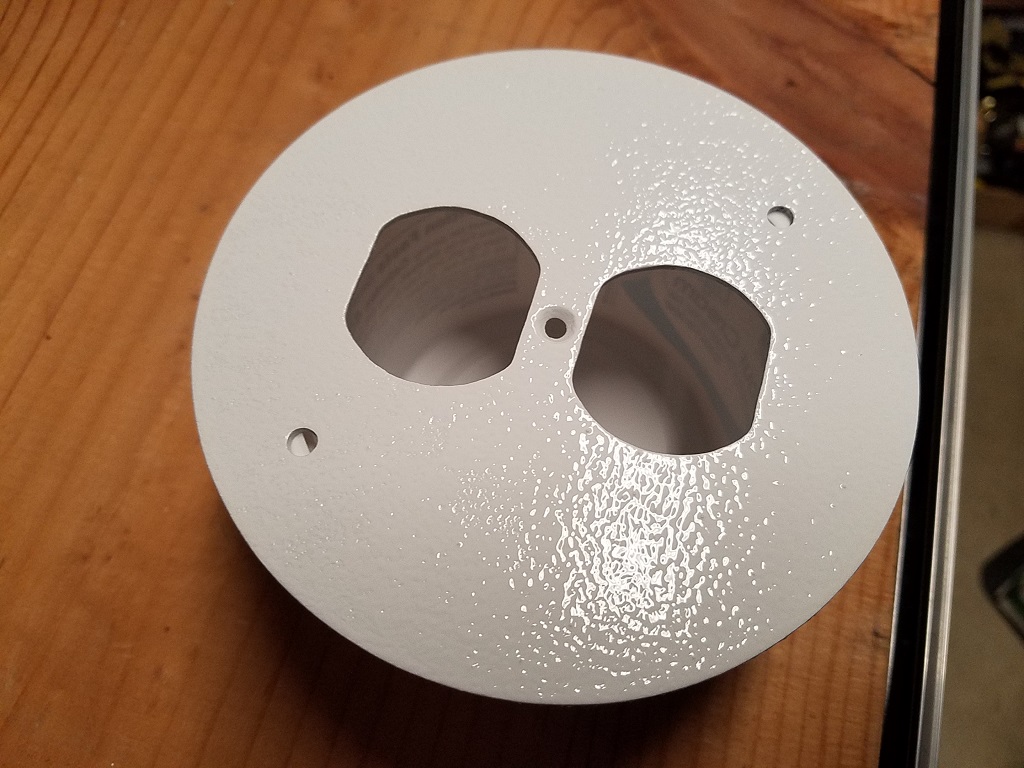 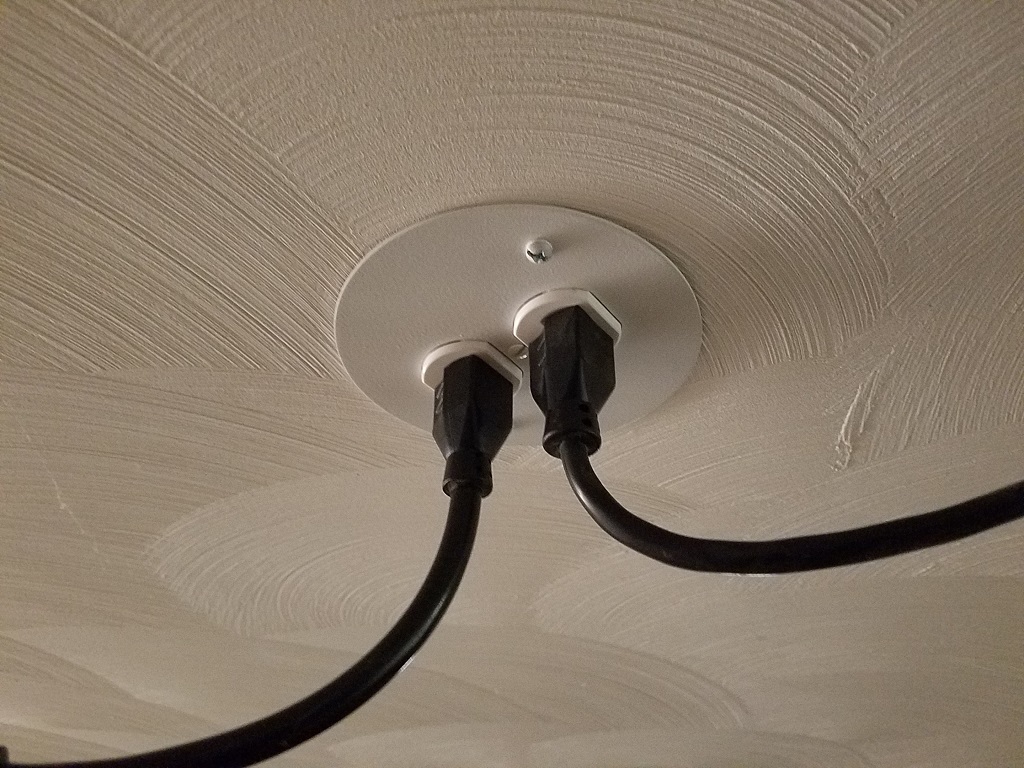 Less More
19 Feb 2022 03:02 #235307 by dbotos
Replied by dbotos on topic custom celing outlet plate
Center screw is a 6-32 oval-head wall-plate screw, mounting screws are 8-32 round-head machine screws that I dabbed some white paint on and made custom white plastic washers for, and the dimensions for the receptacle cutouts came from this drawing: