Less More
15 Jul 2021 13:18 #214869 by OxxAndBert
Replied by OxxAndBert on topic Downunder 4x2 build
Thanks Tommy. I have access to plenty of old laptop power supplies through my day job, so will grab one of those and hook up a prox sensor to test.

We've just been hit with another 5-day covid lockdown here in Victoria, so I suddenly have another priority task at home. Work out a way (that doesn't involve using my back) to move the 10m3 of gravel that was delivered today and is currently blocking my driveway.
It was going to be spread by a contractor tomorrow, but he can't come now until after the lockdown.
I think I see the construction of a makeshift dozer blade for the forklift in my immediate future......

OxxAndBert wrote:
I think I see the construction of a makeshift dozer blade for the forklift in my immediate future......

Who said you need a crystal ball to see the future ?

As far as the gravel, I'd offer to help but you are off limits for us in Queensland!

Less More
16 Jul 2021 23:08 #215105 by BigJohnT
Replied by BigJohnT on topic Downunder 4x2 build
I'd be happy to spread your gravel with my `56 Ferguson F40 but I can't hold my breath that long to get there... and she is younger than me!
www.everythingattachments.com/v/vspfiles...ts/images/masf40.jpg
I wish mine looked that good... maybe one day.

Gravel got sorted, and the makeshift blade worked well - but its a very fine line between getting enough bite with the blade or too much (in which case you've just dug in the drive wheels and beached yourself). Once you've got a solid base to work on its OK. Definitely not the right machine for the job but sometimes you have to make do with what you've got.... 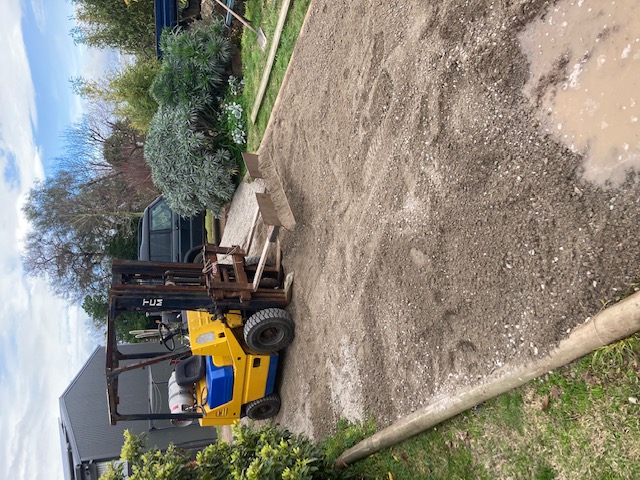 Got a bit more done over the last week. Made up the side plates - rough cut them with the cheap plasma then tacked together with the welder and drilled the holes etc on the mill so both sides were exactly the same.
Have one linear rail secured in place, and the other just has a single bolt at one end so I can get it all parallel. First mistake of the build - due to uncontrolled change and not referring to design drawings!!

I've attached the RHS side rails with the long side vertical rather than flat as I'd originally drawn it up. That means the holes for the belt idler pulleys are too high up, and the pulleys will interfere with the side rail.
No biggie - I've got plenty of vertical distance down to the drive pulley so will just drill another couple of holes further down for the idlers. 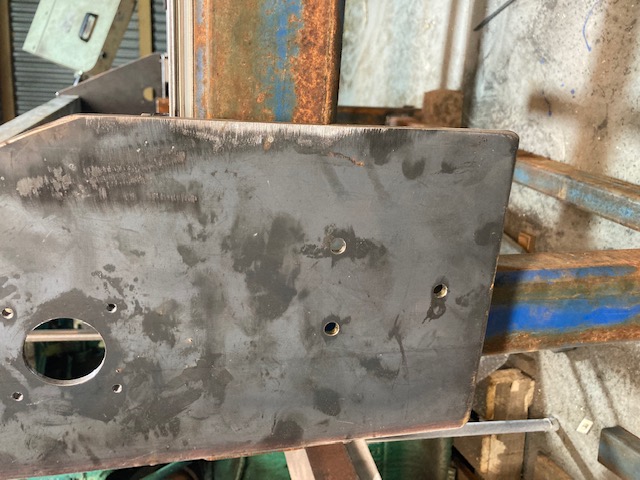 I added horizontal rails across the front and back legs of the table to allow me to use a pallet jack to move it. I'm sure it will end up being a shelf, but for now just need the rails to be able to move it.
Cable chain arrived the other day, but still waiting for the pulleys and belts to turn up. before I can do anything more with the gantry drive.

Next step is probably to get the linear rails onto the gantry, and start looking into the Z axis.

Less More
24 Jul 2021 12:03 #215768 by OxxAndBert
Replied by OxxAndBert on topic Downunder 4x2 build
Bugger - just realised why the side rails needed to be long side horizontal -
Its to give enough width so the drive motors don't overhang the table. 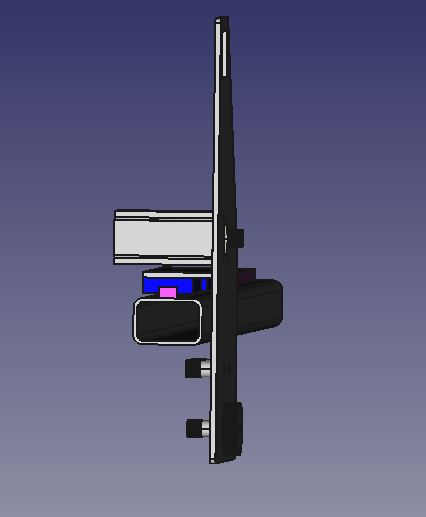 Thankfully I'm well aware of my ability to take something simple and stuff it up, so the side rails are only tacked on so its an easy fix.
Another bonus is there's only 3 of the M4 holes for the linear rails tapped so far - not about 20...
And I shouldn't have to re-drill the belt idler pulley holes